CBG vs CBD: What’s the Difference? 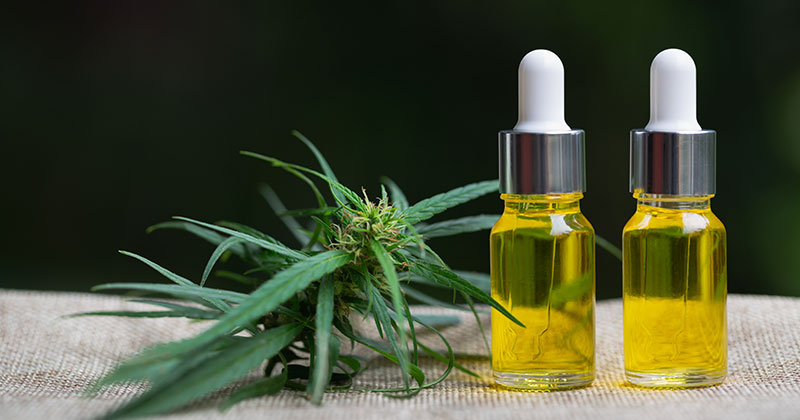 We all know about CBD, as it’s become increasingly popular in recent years. But there’s a rising star in the cannabinoid industry — CBG!

CBG is relatively new to the consumer hemp and cannabis space compared to CBD or THC, but it is certainly well known among those who are familiar with the cannabinoid profile from hemp plants.

While there are a lot of similarities between CBG and CBD, there are also numerous differences between the two compounds.

CBG is typically referred to as the ‘mother’ cannabinoid, because it’s the original compound in the hemp plant that recognizable compounds — like CBD and THC — come from.

Cultivating hemp for CBG is similar to CBD, but the optimal time to harvest, as well as how much of the cannabinoid can be harvested, is different.

Because CBG is the parent cannabinoid compound, its highest levels are most present early in the plant’s growth cycle. As the plant matures, less and less CBG is present as plant enzymes convert the CBGA into CBDA and THCA.

There are two options for growers who wish to harvest their hemp plants to produce CBG consumer products, both of which have their advantages and disadvantages.

If they harvest the plant early when the highest amount of CBG is present, the plant likely can’t be used to produce any CBD or THC end product. Additionally, because the total amount of CBG is still relatively low in comparison with other cannabinoids, a larger amount of plant/biomass is going to be needed in order to yield a sufficient amount of CBG.

The second option for growers is to wait until the plant has matured more. There will be less CBG present, as much of it has been converted into CBD or THC by that point. However, by waiting longer, there is the potential to also extract CBD or THC from the plant allowing for a larger variety of potential products.

In hemp plants, there is an extremely low concentration of CBG — oftentimes, less than 1% by weight. This concentration makes it difficult to harvest, but many growers are attempting to find ways to increase the amount of CBG in plants through crossbreeding and genetic modification.

In contrast, there can be up to 20% concentration of CBD in a hemp plant, which makes this option far more profitable for most growers.

Properties of CBG vs CBD

Because CBD has been more popular and profitable to date, more is known about this compound than about CBG. However, it is known that there are many similarities between the two. Neither compound will give you the euphoric high like their THC counterpart.

Both CBD and CBG also react with the same cannabinoid receptors in the body, so they have similar effects. Both can be used to help alleviate stress, pain, anxiety, headaches, and more. There is emerging research that suggests CBG could be helpful in people suffering from glaucoma, Huntington’s disease, certain infections that are resistant to drugs, and irritable bowel syndrome.

CBD typically only binds to the CB2 receptor in the body, but CBG binds to both the CB2 and the CB1 receptor. The CB1 receptor is connected to the nervous system, which potentially makes CBG a beneficial option for issues surrounding that area of the body.

How To Extract CBG

The process involved in extracting CBG vs CBD is nearly identical. Ethanol is often the preferred method for cannabinoid extraction for both cannabinoids on this scale.

Extraction
Using a low temp extraction machine, like a centrifuge, the plant matter is soaked and agitated in chilled ethanol in order to separate the cannabinoids from the rest of the biomass.

Winterization
Winterization is achieved through a process of cooling your extract down to sub-zero temperatures in a reactionary vessel with solvent, then maintaining that sub-zero environment over a period of time, the fats and waxes in the extract will coagulate and separate from the crude oil.

Filtration
After winterization, those fats and waxes which have separated must now be filtered from the extract. With the assistance of a vacuum pump, the extract is pulled into a filter press and passed through a series of filter plates in order to capture the fats and waxes from winterization. The desirable portion of the extract containing CBGA is then collected in another vessel.

Decarboxylation
To achieve a CBG product, first the acidic form of CBGA needs to be neutralized through a process known as decarboxylation. With the use of a reactionary vessel again, but this time with heat to remove CO2, we convert the acidic CBGA to CBG.

Distillation
Now with a neutral form of CBG we need to isolate the CBG from other cannabinoids, terpenes and high volatiles with distillation. With the use of a short path, wiped film distillation unit the extract is heated and then passes through a jacketed glass vessel with spinning wipers. The wipers create a thin film around the vessel while a long condensing coil in the middle of the vessel cools and recondenses the vapors back into liquid. CBG will collect in one vessel and the other undesirables for this product in another.

Chromatography (optional)
Chromatography allows for further purification and even isolation of cannabinoid rich extracts. This isn’t always necessary and is dictated by the desired final output product.

Which is Best for You – CBG or CBD?

At the end of the day, it depends on your goals as a hemp extractor. CBG will likely increase in popularity over the next few years, but it is expensive to produce right now. The cost per kilo for CBG is very attractive however because there is such limited quantity on the market currently. On the contrary, CBD for wellness purposes is wildly popular and still gaining momentum, but that excitement could wane in the wake of emerging CBG products. The choice is up to you, and Precision has equipment and end-to-end solutions for either CBG or CBD processing.